How to gain commitment from your candidate? Use video!

Recruiters worldwide are wrapped up in a war trying to find (and recruit) the best possible candidates for their vacancies. The war for talent is here. The recruitment market is a candidate-driven market. Applicants are becoming more selective about the roles they apply for, and often the best talent can pick and choose between several job offers. With the power shifted over to the candidate, recruiters need to adjust their hiring strategies to engage with candidates and gain their commitment.

What if I told you that using video in your process will help you to compete in the battle for talent? In my role as Client Success Manager, I’ve witnessed that the use of video interviews not only speeds up the hiring process and improves the validity of the selection process, but also helps employers to gain more commitment from their candidates throughout the process.

I have listed the 3 main points where my clients have gained commitment by using video in their process.

Gain commitment during the early introduction of your company

Inviting candidates early on in the process gives them the feeling that they quickly advanced to the next stage of their application. Boasting a sense of commitment towards the candidate will increase the commitment of that candidate towards your company. 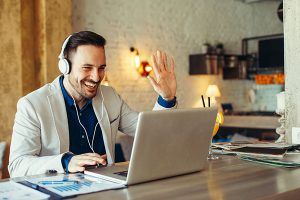 During the video interview, the candidate will already get an idea of the company culture and atmosphere, by means of the branded videos and the pre-recorded questions from their potential colleagues. Without having visited the offices, the candidate can already have a first impression of what it’s like to work in your environment.

By using pre-recorded videos you let candidates know that you provide an equal opportunity hiring process. The candidate is screened not only by a paper CV that focuses on the past, but also by answering questions that are applicable to the job. Knowing that others have to go through the exact same process gives candidates the feeling that their input influences the chance of being invited for the next stage in the process. Candidates will be likely to want to work for a company where they feel like they had a voice from the start. By using video to make a fair pre-selection, the recruitment process is also sped up. 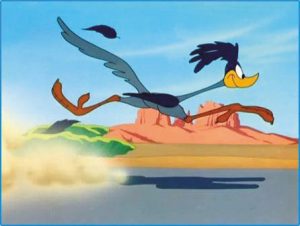 Cammio clients that are using automated interviews in their pre-screening process have noticed considerably fewer no-shows when it comes to face-to-face interviews and recruitment days, saving them valuable time and money.

An example of this is 1todrive; a staffing and employment agency that matches international truck drivers with available jobs in The Netherlands. Before they used video in their process, it would happen that drivers would not show up for the job, even though they went through a complete screening process. This ended up costing them an enormous amount of money, and, more importantly, ruining their good reputation as an agency. After the implementation of video in their process, the number of no-shows dropped to almost zero!

Candidates who have already invested time and effort into your company are less inclined to “waste” their given energy, so they are more likely to complete the process and aim for the golden ticket that is the job.

Get ahead in the war for talent; consider using video in your screening process and gain the commitment we all long for in these cold winter days!