FIFA World Cup 2018 is in full swing, and around the world fans are cheering on their national teams. Being Dutch, sadly, “we” aren’t in it. But, this world cup provides an opportunity to have a look at all the other countries without competitive feelings. The tournament has been very entertaining so far and we’ve already seen many surprises. Who’d have thought defending champion Germany would go out in the first round? Or that Russia would score 5 goals in their opening match against Saudi Arabia?

Currently, there’s been a total of 146 goals scored in the World Cup. That’s an average of 2.6 per match! On YouTube, FIFATV releases videos of all the goals that are scored during the World Cup. Have a look at this video for one of my favourite goals so far: Cavani heading in a perfect cross after setting up the attack himself. You can pick your own favourite goal by following this link. 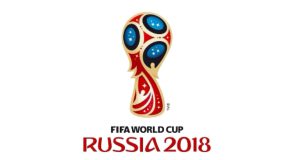 Following the Moneyball strategy in baseball, data analytics are becoming more important in today’s football, too. During this World Cup, news sites are actively reporting expected goals. This statistic represents the expected amount of goals a team would score based on the quality of the chances they have created. It’s a very interesting statistic because it provides a good argument for which team “should have won”, more so than traditional statistics do.

For example, traditionally sports journalists would look at possession and shots on goal. However, if a team passes the ball around on their own half and shoots on goal from the mid-field line every time, these statistics would be in their favour yet they would say nothing about their likeliness to win the match. Consider the other team, who may only need 4 successful passes to get the striker 1-on-1 with the goalie in his penalty box. Their possession and shots on goal may be lower, but surely they have a higher chance of scoring the goal.

The video below by Opta explains the concept of expected goals really well with the help of some examples. Even with expected goals, I’m sure fans will still find ways to argue about who deserved to win.

This World Cup is the first time that we’re seeing the use of the Video Assisted Referee (VAR) in a big tournament. It’s getting harder for referees to see and judge every situation. This has everything to do with the speed of the game, and the acting skills of some of the players. The VAR is used to make the games more fair and will be consulted for four game-changing situations: goals, penalty decisions, direct red cards, and mistaken identities. The VAR is a big change that follows the example set by other sports (such as Tennis and Hockey) where video is used in a similar way. 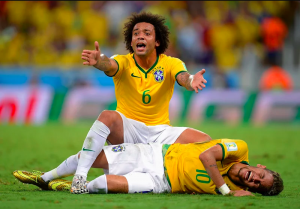 I can imagine you thinking, “so what does this have to do with video recruitment?”. At first sight, maybe not that much, but hear me out. The tools we’re using to get the best World Cup experience can also be used to find the best candidates.

Comparing the goals to pick the best one? That’s exactly like comparing candidates and finding the one who’s personality best matches your company. Using data analysis for the expected goals? Cammio’s Xpress Analytics can create a personality profile, which you can use to see if the candidate is expected to fit in. The last comparison then, the VAR. In using recorded videos, the recruiter (just like the referee) has a second chance to review the candidate. You can also involve more than one person in the judgement, rather than being the sole decision maker.